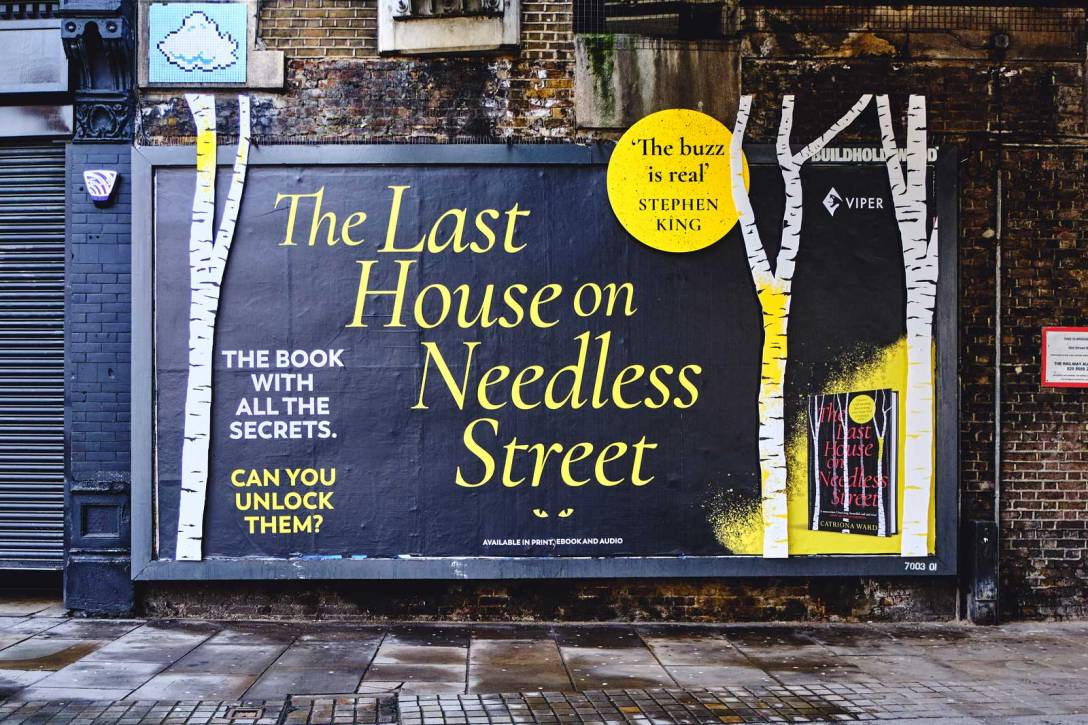 This is a fantastic book.

Fantastic. The Last House on Needless Street is the story of Ted, who lives alone with his cat in a big house. Ted is simple and sorta goofy but then we learn that Ted is perhaps also a serial killer. And the cat thinks more like a person than a cat (though it has a tail that is also a question mark sometimes).

Ted has a daughter Lauren, only maybe she is not his daughter but a prisoner in Ted’s house, kept in a box for days at a time.

Then we meet Dee, who moves next door, certain that Ted is the man who stole her sister years ago. Dee keeps a watchful eye on Ted as he comes and goes and becomes more and more sure that something is off about Ted.

Catriona Ward has written a puzzle of a book that is a joy to read. The prose is deliberately simplistic. At first it felt overly simplistic and cute but we learn that Ms. Ward has tricked us, and she pulls the veil from our eyes with a dash of horrific cruelty as we learn the truth about Ted’s daughter and the strange cat.

The book was heading for the easiest 5-star review of the year for me but I felt the tiniest bit cheated by the reveals at the end of the book. My opinion is that the story would have been stronger told straight (those who have read it will know what I mean).

Overall a strong 4-star book, one of my favorites of the year. Catriona has written a book that will be talked about for a long while, and I suspect that a re-read will move it into that 5-star territory for me.

Recemmended for everyone, really. It’s a fantastic book.

Also – it is going to made into a movie!

Pre-order yourself a copy. Now.

Follow On Books and Writing on WordPress.com
Whitesands Publication DateSeptember 26, 2021
2 days to go.