I just finished reading a book I started in 1993. 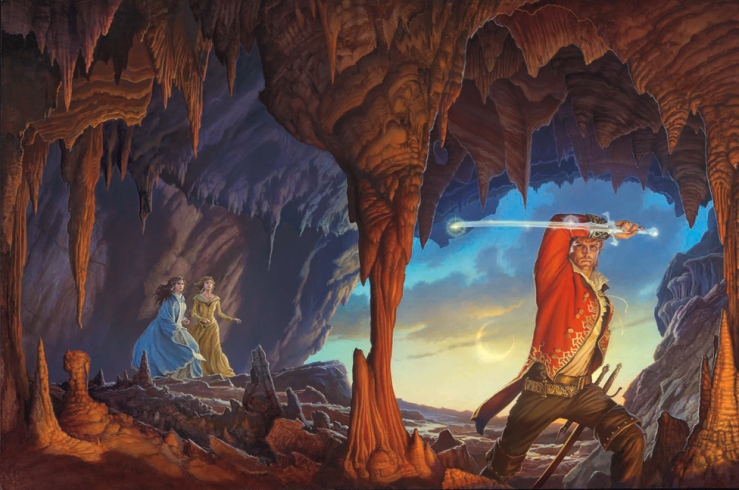 A Memory of Light, the fourteenth book in The Wheel of Time series was completed, by me, on Monday January 29th, just about 20 years after I read The Dragon Reborn, which is actually the third book in the series.

The Wheel of Time is an epic fantasy, very much in the vein of Tolkien though a) there are women in it and b) they actually get to do something. There is magic and swordfighting and monsters and a very evil Dark One that is trying to destroy the world.  As the series progresses we follow the adventures of six main characters and a huge array of minor ones as prophecies are fulfilled and danger is met and overcome. I have to say that it is both better and worse than George Martin’s Game of Thrones. The characters in The Wheel of Time series are very close to being Mary Sues; characters that are oddly good at everything and adept at escaping danger. They are all very moral and you never worry about any of them dying. That being said, the books are still exciting and a great load of fun.

There is no reason fans of fantasy shouldn’t read The Wheel of Time series.

I’d like to end this post by thanking my brother, Baldur, for giving my The Dragon Reborn back in 1993. It has stayed with me for twenty years.

6 thoughts on “A Memory of Light”