I was originally introduced to Ondaatje’s books because I don’t speak any Danish.

As a child I moved out of my native Iceland because my father started working for the UN. I was subsequently enrolled in American schools, first in Israel and then in Croatia. In Iceland, Danish is taught in schools but as I lived abroad I missed it, learning English instead. When I moved back to Iceland and went to high-school, they said I could skip Danish classes (since I had missed years of classes) and take advanced English instead.

And it was there I was assigned Ondaatje to read, an author I had never heard of, and quickly fell in love not only with the man’s writing but with literary fiction in general. His fiction is that good.

Ondaatje’s work is nothing short of magical, and the prose is deep and rewarding. After reading The English Patient I quickly gathered up more of his work, which includes six novels and numerous collections of poetry. I even have an autographed copy of The English Patient (a dog-eared paperback edition with the movie cover) which is my most prized book. But I do not recommend starting with The English Patient.

Here is my suggested beginner’s guide to the books of Michael Ondaatje.

Anil’s Ghost tells the story of Anil Tissera, who returns to her native Sri Lanka in the wake of civil war. She is there in her capacity as a forensic anthropologist and the story mostly involves her attempts to discover the identity of the man who’s skull she is reconstructing. We also follow the lives of a doctor abducted and forced to help wounded rebels. There is a tension that stretches through the book, and a true sense of the senselessness of war, beautifully told in prose that is all Ondaatje. Anil’s Ghost is the most straightforward of his books and presents a good balance of plot vs style, as we follow Anil through the civil war and the attempts to decipher the skull’s secrets. 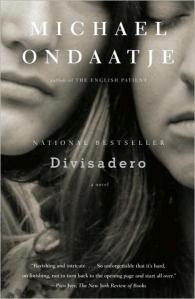 Divisadero continues with themes Ondaatje touches on in all his work; the way we are disillusioned with family as we grow up, love and heartache and the fickleness of relationships. The story starts with a family living on a farm in the west in 1970s; a father and his two daughters, and the violence that shatters them. The members of the family and a love-interest farm-hand head in their own direction and we follow their lives as they work through their pain. The book is really split in half, a shorter half being the family’s time at the farm, and then a longer half describing the way their lives were affected and how they moved on, all told in sweet poetic prose.

This is the first book I read where the prose and the style mattered more than plot.  The English Patient grabbed a hold of me that I cannot explain. I make a point of reading it once a year now and always find something new to admire. I only later learned that it had won the Booker Prize, and it was later still when I learned what this was. I have vague memories of seeing the Oscar-award winning movie, but as is usually the case, the book is much better. Story moves easily to the screen; great style does not.

The English Patient tells the story of Hana, who is taking care of a mysterious burn victim in an abandoned villa in Italy at the end of World War II. Through the book we learn the man’s identity and how he became the burned wreck he is, a story that takes us to the deserts of north-Africa and is full of bombs and love and betrayal and passion. We also follow the lives of others that live in the mansion, escaping the life outside. There is the thief, Caravaggio and Kip, who disposes of bombs and falls in love. There is much to enjoy in The English Patient, a riddle to solve and a love affair to follow.

It is an emblem of the books I hope to one day write myself.

And then, when you get to loving Ondaatje, I recommend you continue by reading In the Skin of a Lion and then his latest work, The Cat’s Table.

iThere are no comments